I was standin’ at the bar in the Rockfish Grill ya see. It was nearing high nine in the sleepy little fishin’ town of Anacortes on the edge of the San Juan Islands. There was a nervous buzz from the boys knockin’ back their draft IPAs being made in the back room.

How do you Write a Memorial to a Pig?

Some kids just don’t fit in. They are transparent; a drab wallpaper covering the sheetrock of their adolescent society. Attempts at conversation are pointless: other kids smile and turn away. Teenage society is ruthless. Games are played and jokes are conjured up with these kids as the butt. It’s not much fun being a teen in school when you’re all alone.

The Occasional Chronicles of Punky Mudsill

It wasn’t no dark and stormy mornin’, but it was early on that July 5, 2000. I had me a reccurring feelin’ in my gut. It was kinda like when you know the repo guy is gonna come aknockin’ to take the car. 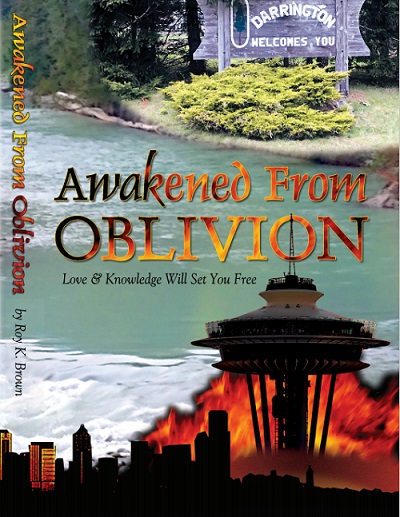 Lester and Polly June live in Darrington, Washington. Through no fault of their own, life has tossed them onto the scrap heap of lost souls. Their futures are somewhere between bleak and non-existent. A chance meeting between the two becomes the beginning of a first friendship for both. A Native American spirit guide, a tribal shaman who lived and died hundreds of years past was given, by the Great Spirit, a special duty to teach: to guide lost souls. Rising Star is a chameleon. His magic allows him to appear in any form necessary to guide and teach Lester. Through his guidance both Polly June and Lester set out on a journey to rise up, to become more than either could ever have imagined. In Seattle another meeting takes place. Danny Street and Sylvie Rollins also meet by chance. They begin to develop a relationship fraught with mixed signals. As the story develops the four people eventually meet. Can Danny and Sylvie, from the sophisticated life of young professionals, meld with the unsophisticated kids from Darrington when their lives inevitably cross paths? Will the fireworks that develop be the basis of the four to become friends or foes? The answers lie in the full blown murder mystery that develops.

What they are saying about Awakened from Oblivion

This haunting tale of "love, loss, and murder" captures the distinctive beauty in a special corner of Washington State. Using a recurring theme of multiple paths, intersecting paths, floating across intertwining stories, the narrative follows an array of engaging characters, one of whom becomes a spiritual force known as Rising Star. In this story he embodies the wisdom of the Great Spirit embedded in the tales of indigenous peoples from this region. This narratives crossing of paths provides guidance and enlightenment not only to the characters, but also to the fortunate readers.

Awakened from Oblivion traces the ups and downs faced by Lester and Polly June and the historic community of Darrington at the foothills of the Cascade Mountains with some supernatural surprises thrown in courtesy of Rising Star. Along the way, we are privy to a murder investigation and ride along to catch an arsonist torching homes in residential Seattle. I particularly liked the way Roy writes about life in a small town in rural Washington.

Roy grew up in Mukilteo, Washington and has been a resident of the Pacific Northwest throughout his life with one exception: he completed his education at the University of Hawaii in 1971 with a Bachelor’s Degree along with two years’ post graduate work.

The first attempt at writing for public consumption was with the Washington Blues Society in their monthly publication, Bluesletter. As a board member of that organization he gained the respect of the membership which, at the time, was greater than 3,000 members worldwide. Roy was subsequently nominated for “writer of the year” with the more than 50 articles that Bluesletter chose to publish.

His career spanned more than 40 years as a certified real estate appraiser and home inspector. Roy’s appraisal practice required significant technical writing. During his career he wrote a five part short story which was published in a weekly on-line newsletter by the American Institute of Inspectors. This story and other articles are included on this website for those wanting to sample his writing style. “The Occasional Chronicles of Punky Mudsill” is highly recommended for your enjoyment by many past readers.

His family seemed to have a “writer’s gene.” Roy’s father, a printer and businessman, often wrote humorous stories that were slap-your-sides and roll-on-the-floor funny. His son was writing a novelette after his school day in junior high school; Christopher Brown is currently both a musician and song writer.

Awakened from Oblivion is Roy’s first novel and is earmarked as a great tale by the beta readers that approve of the writing quality, the character development, and his descriptive prose. Roy currently is retired and devotes time every day to writing and story development. He also spends volunteer time at Noah, a no-kill facility for dogs and cats. He lives in Everett, Washington with his sidekick, Huck.